Discussion for Driver 2: The Wheelman is Back [US] / Driver 2: Back on the Streets [EU] (2000)
Reply
Share topic
Share topic

Seems legit, though I don’t understand why there is just one disc.

I don’t have time to fire up my emulator and run it, but I did extract the levels.

The LEV format is generally identical to the release builds, but there are some edge cases here and there. E.g. one level has lots of padding in lump 22.

Many object names are present which had been removed for the final version. LEFT_ARM, CURVE12_MEDIAN, etc.

I have trouble parsing it. A few tiles produce garbage object positions.

The Moon was larger.

You will always remember ... Stevie B Master Magician Psycho Casino! 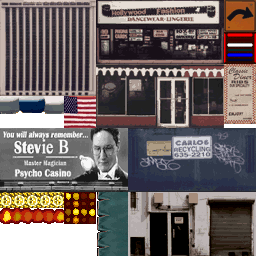 The barrels were not black but green, just like in this screenshot I found here years ago: 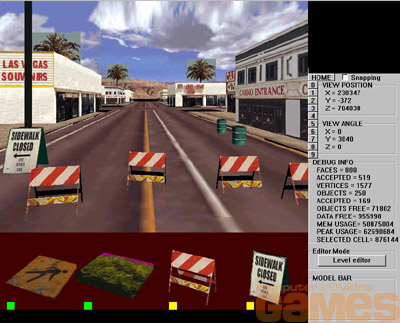 It also had a larger Moon.


All in all, Vegas got a lot of love during that last month. The other cities just got small bugfixes, it seems.

Edit: Wow, comparing the versions of Vegas really is like night and day in some places. The highway walls looked entirely different!

-  Tue Mar 17, 2020 10:26 am #65257
Glad you're enjoying it.
No worries about legitimacy, I always post the real deal. This is actually the form that the uploader had it originally, as far as just 1 disc. He's had it for about 16 years, so he might be remembering incorrectly as he said, but he also mentioned he'd update the page if he comes across another part to the rip file as he's digging through stuff.
Anthony817 liked this

+2 more
-  Tue Mar 17, 2020 6:18 pm #65259
@Krishty you should definitely join the Discord Server to get always updated with latest releases like this - it has already been released there few days ago

Thanks a lot for the comparison pics!

Also, the multiplayer levels for Vegas contain a cut car's textures - '72 Plymouth Satellite. It is then replaced by the Challenger in the normal day & night levels. It is quite challenging for me to recreate it accurately as was able to find only about 3 screenshots of it remaining, mostly from a Sep 28 build of the game: 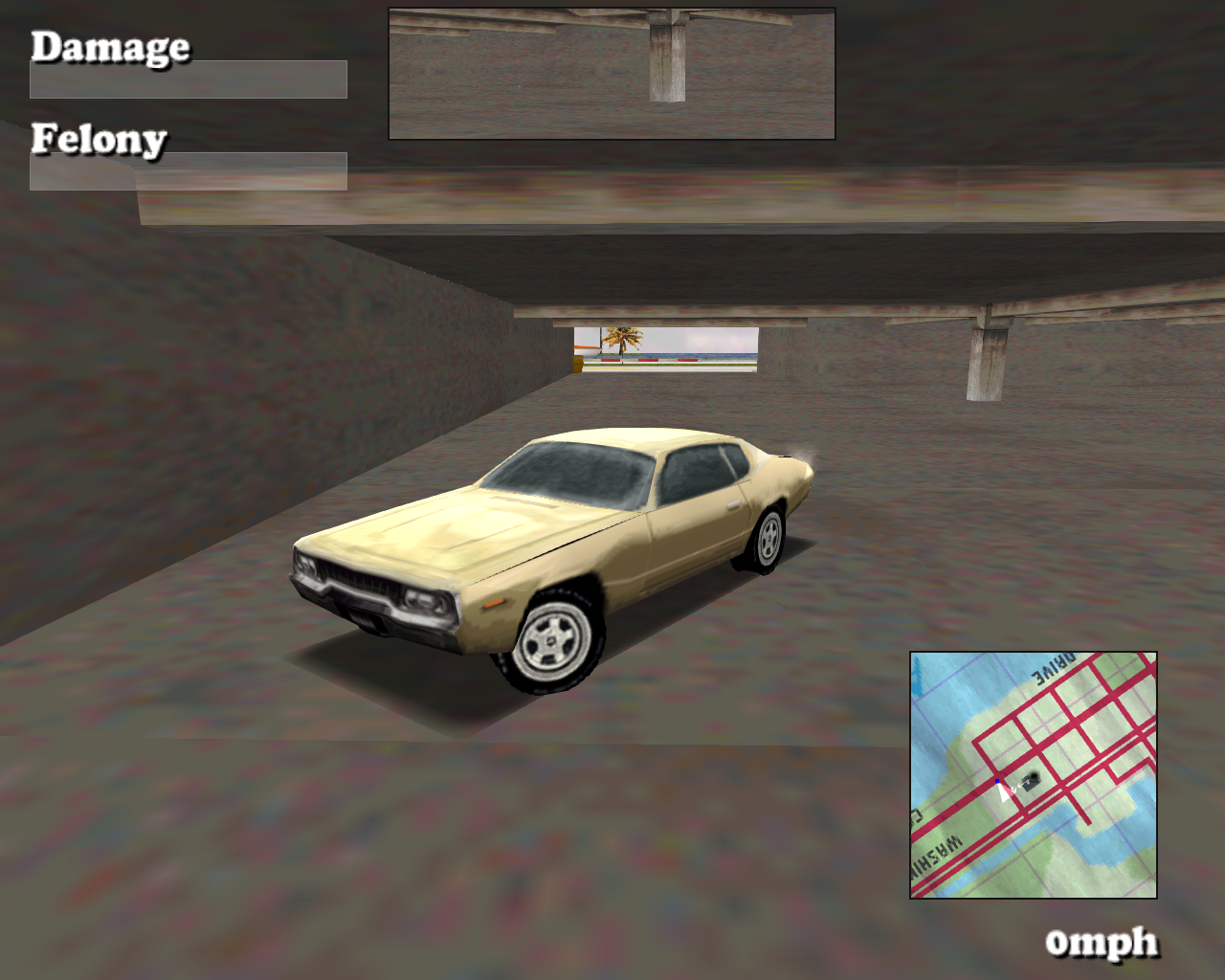 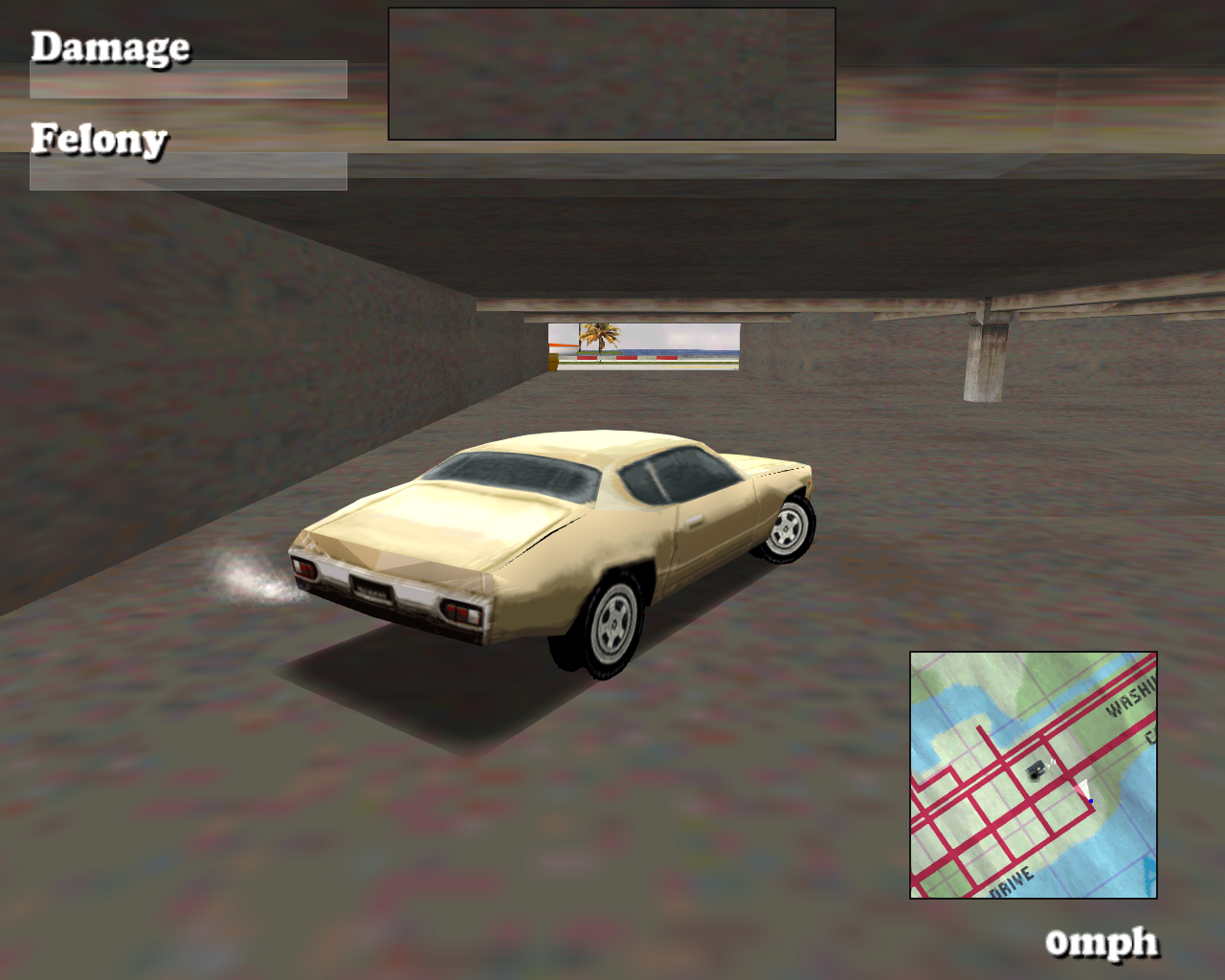 Vegas Police car is also different, it has a front texture we never saw before and reuses some textures from Driver:

There are also a lot of differences and we're still in the process of documenting them.

Also, a CD2 patch has been posted by Soapy in the Discord server, so that you can continue playing the missions (please check pinned messages in #driver-chat).
Krishty liked this

FYI, I updated the Driver 2 Levels as VRML archive on my Driver page. It contains all three game revisions (called prerelease 0.9; 1.0; 1.1) of the levels in the English PAL version.

Awesome, great job!! BTW, is it possible to do the same with all car models and their palettes?
Krishty liked this

I didn’t have the time to do it for Driver 2 yet, only for PC Driver 1 … and the palette handling is often tricky. Going to check it out some time, but don’t get your hopes too high.
RacingFreak liked this

Absolutely; SOAP already managed to export them to OBJ with his tools.

I didn’t have the time to do it for Driver 2 yet, only for PC Driver 1 … and the palette handling is often tricky. Going to check it out some time, but don’t get your hopes too high.

Soapy's tool works great, however palettes are missing and all faces are separated so smoothing is lost

Don’t know, gotta check it out …

Thanks for the other thread. I didn’t know there were two demos! I can now at least say that the Havana level didn’t change.
RacingFreak liked this

Soapy's tool works great, however palettes are missing and all faces are separated so smoothing is lost

Just had a look at the smoothing and it’s bad. It’s absolutely useless to export it: 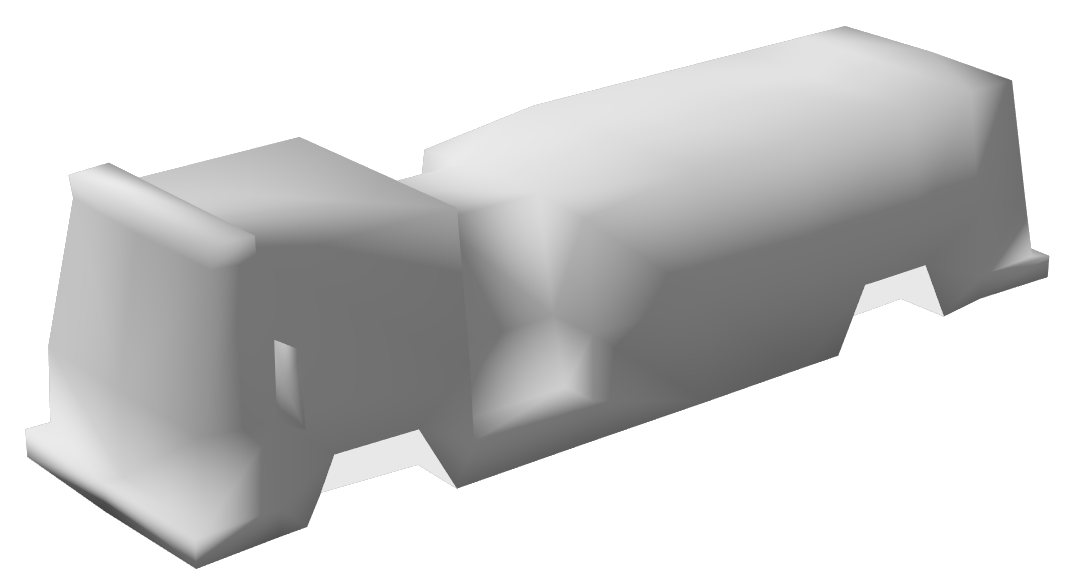 You are better off joining and smoothing automatically in your 3D modeling tool of choice. I don’t know why they did it this way, but it looks utterly stupid to me.
RacingFreak, Skylabh liked this

Looks fine to me actually! I can easily fix that (still better than manually joining faces by a long shot)

I’m not sure you understand – faces are still not joined, and this cannot be done due to discontinuities in UV coordinates. You only get additional normals now, and poor ones so. You should really use your 3D modeler’s vertex joining function instead.

But I’ll release an updated package anyway, if only for the improved texture handling. Edit: Uploaded!

You are better off joining and smoothing automatically in your 3D modeling tool of choice. I don’t know why they did it this way, but it looks utterly stupid to me.

Indeed by welding the vertices, it looks better. I’m not sure you understand – faces are still not joined, and this cannot be done due to discontinuities in UV coordinates.

Ah I see! It looked to have joined faces to me, so I got confused. Thanks a lot for the update! Greatly appreciated

Reply
Return to “Driver 2: The Wheelman is Back”
03 Apr

Hi there! Where did you get the information about[…]

The magazine Prima release in 2006 number about Pa[…]

The level editor used by the devs is called Mr. Ro[…]

https://i.imgur.com/KmNLzOh.jpg I managed to ret[…]