Felony Rework is an attempt at making chases & getaways in Driver: San Francisco to be more fair, fun and engaging, whether it's increasing the amount of cops that can spawn, how far they come from and how fast — getting rid of rubberbanding for AI chasers (or getaways), or just adding new or unused vehicles to the fleet(s), there's a lot of tweaks to go around.

Of course, because of the nature of DSF, the player gets some unfair advantages such as boost, so balancing, especially with faster vehicles isn't going to be all there, but with such motors, you should be able to leave the cops biting dust anyway! Toughest experience is definitely with slower vehicles.

Feedback on the mod would be appreciated! 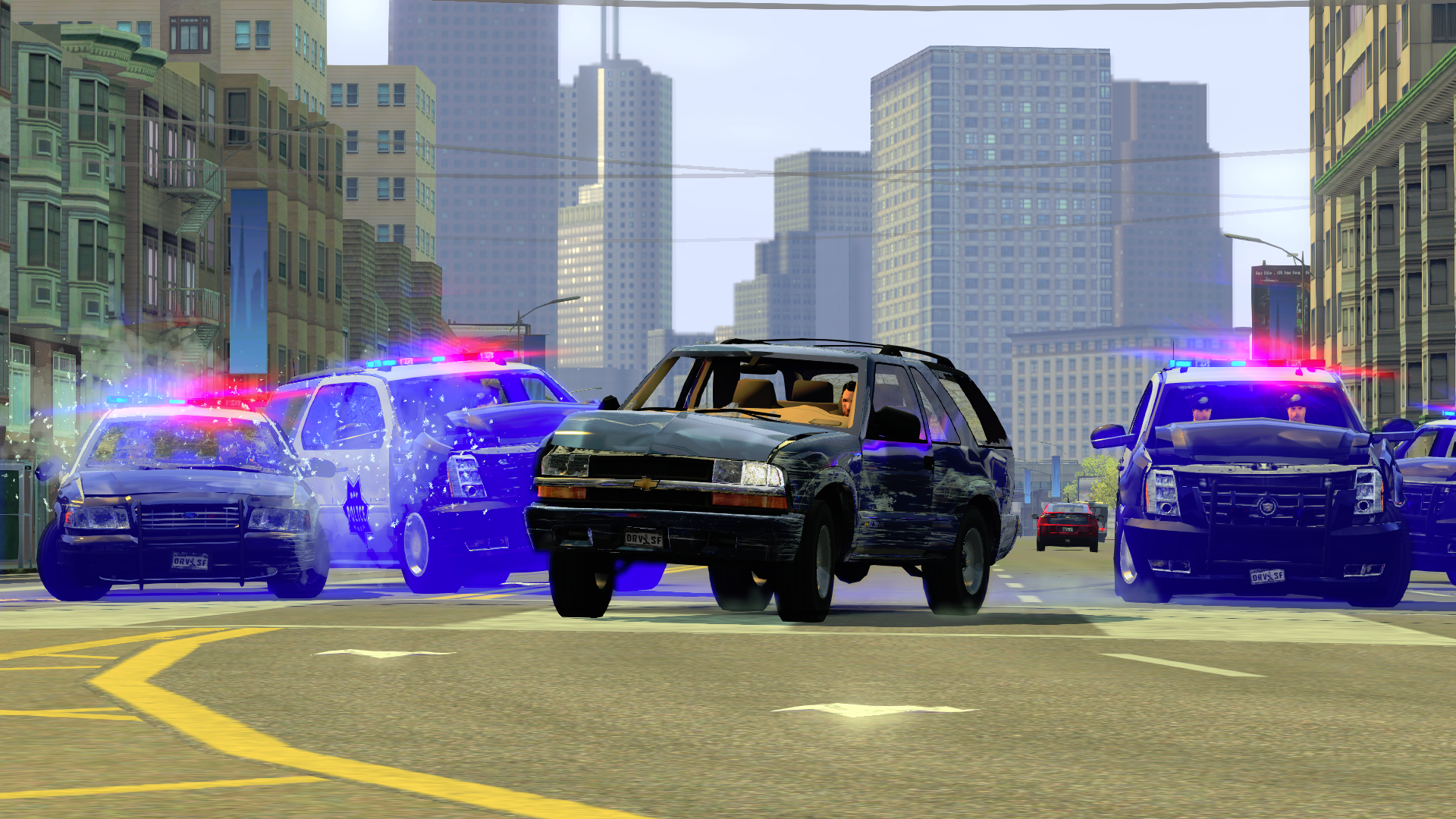 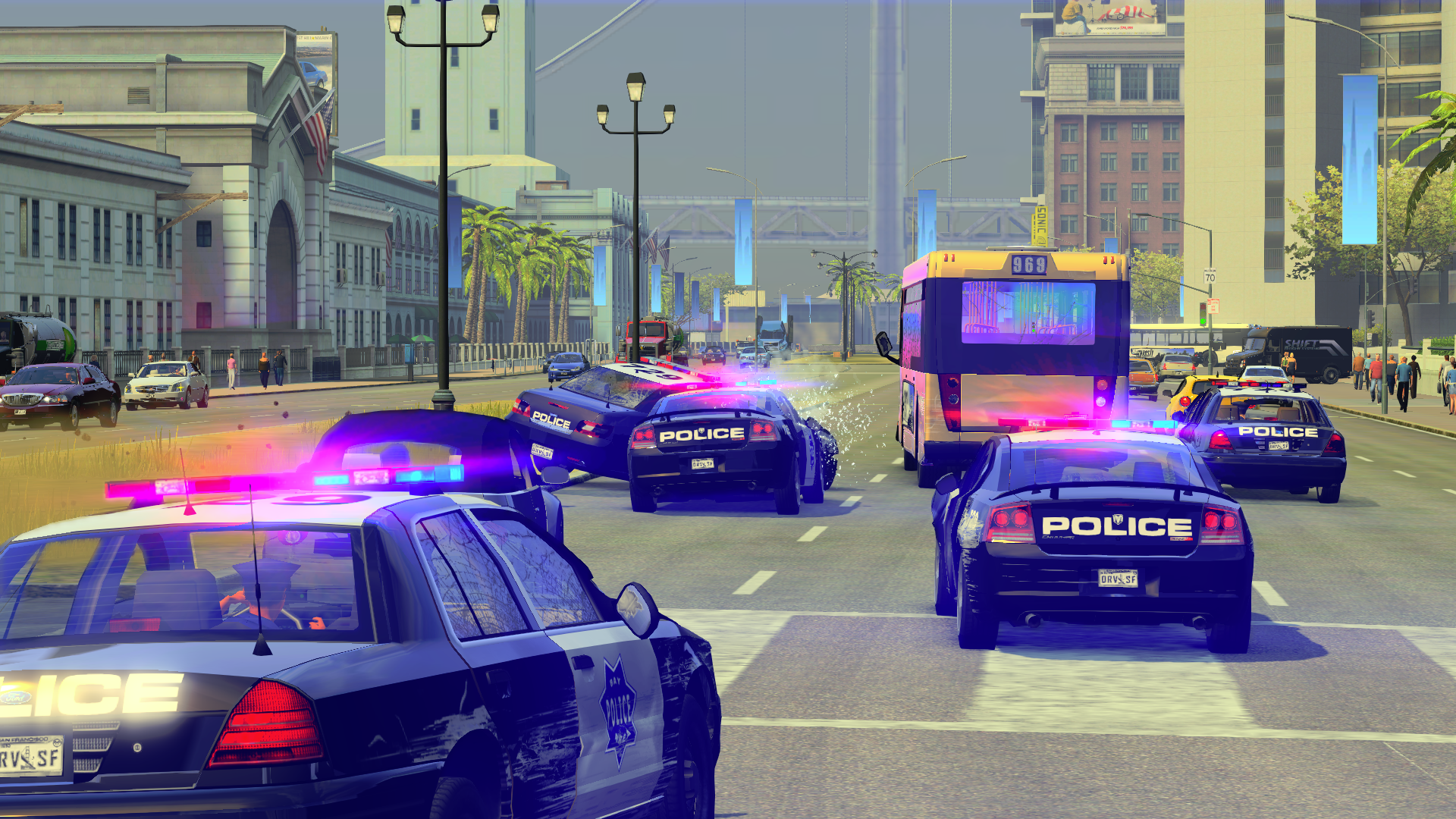 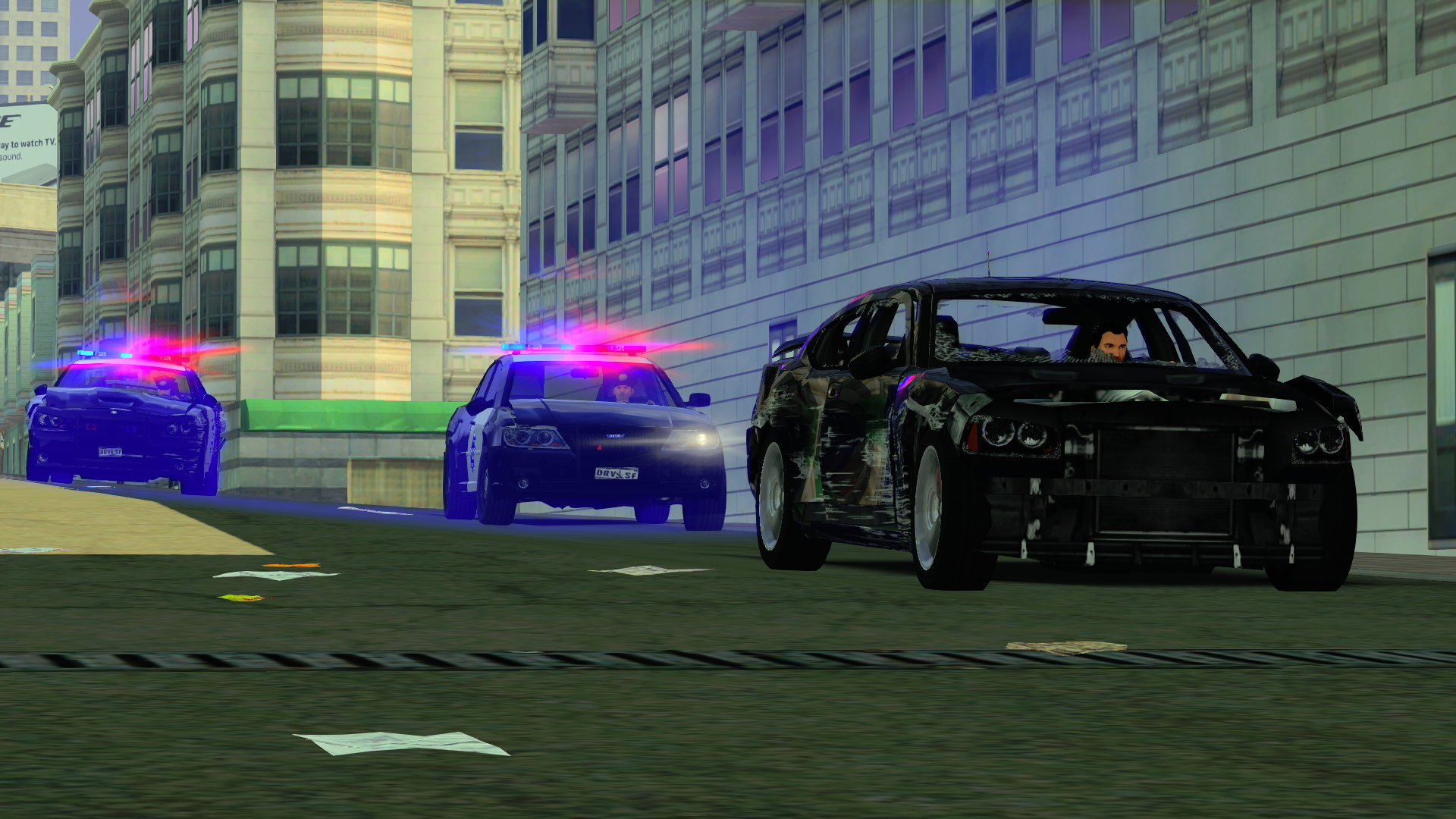 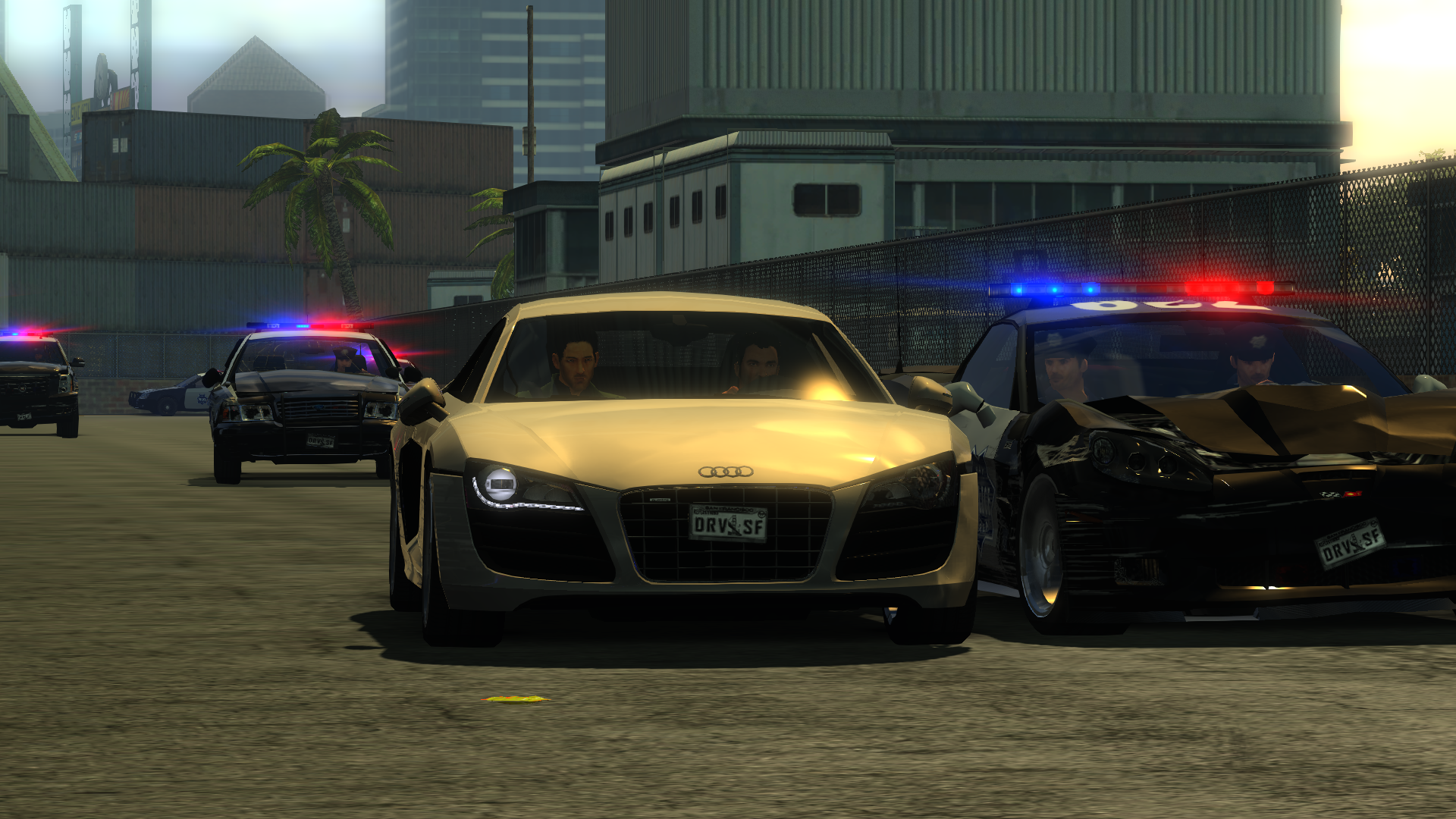 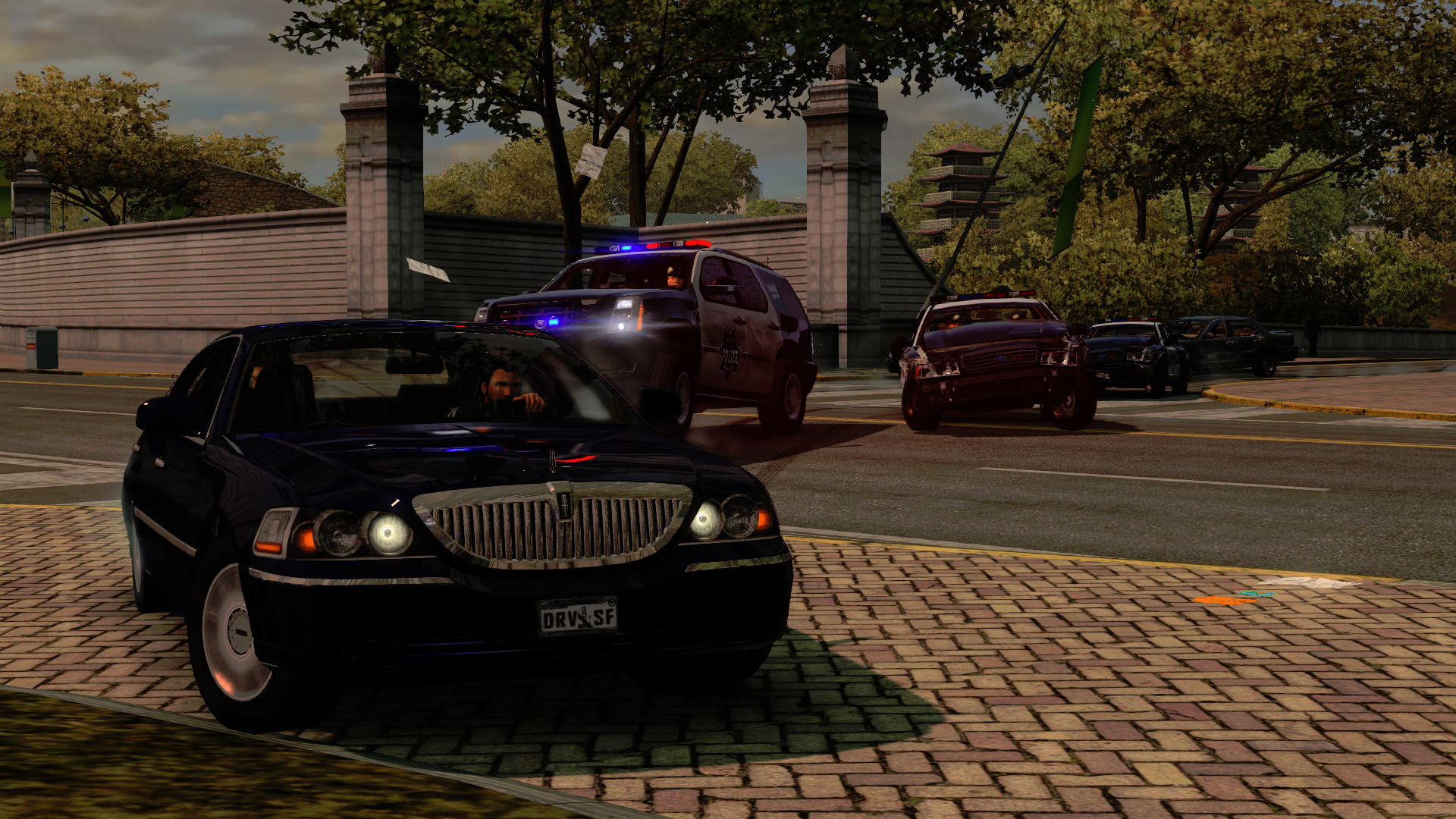 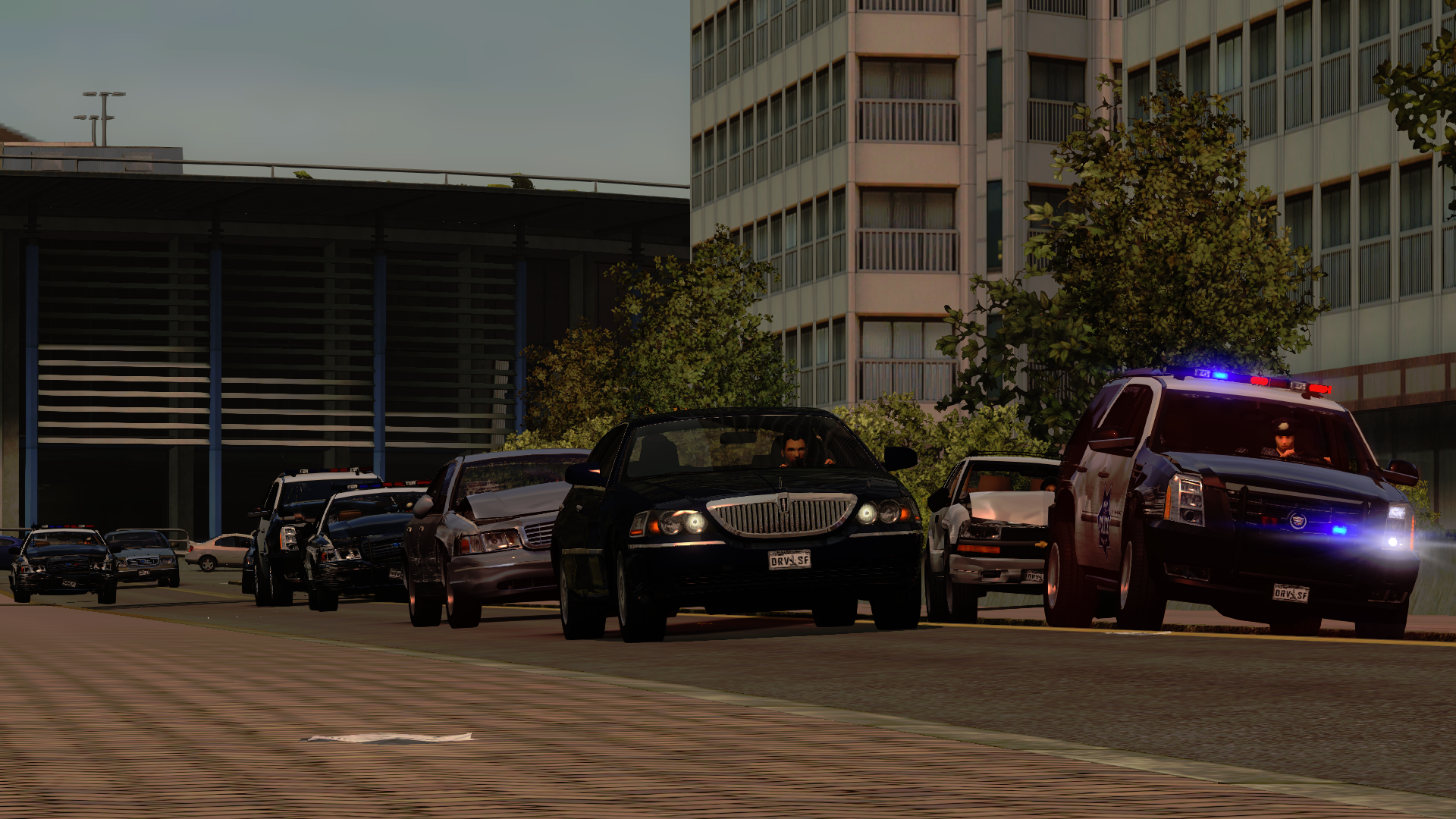 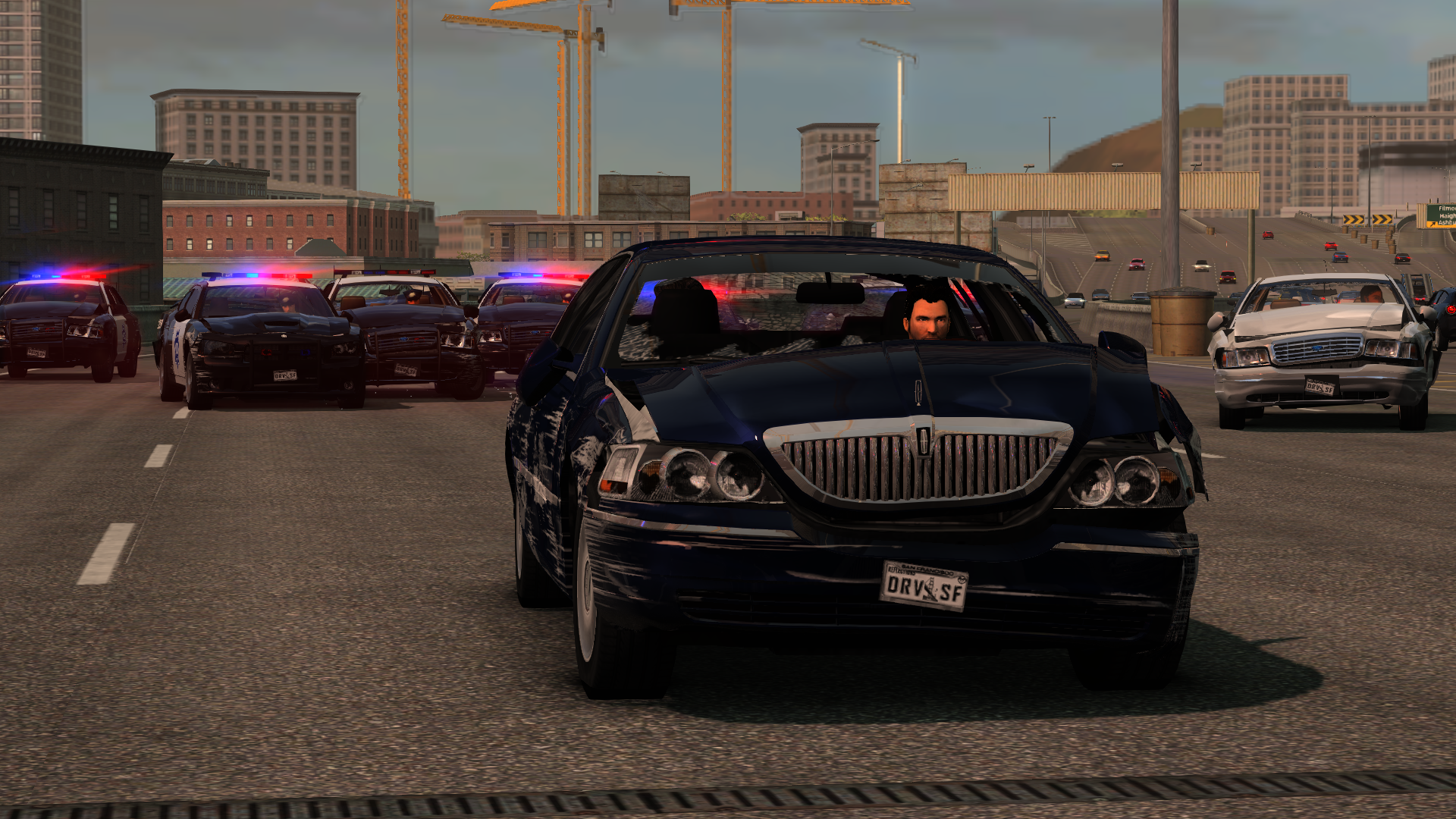 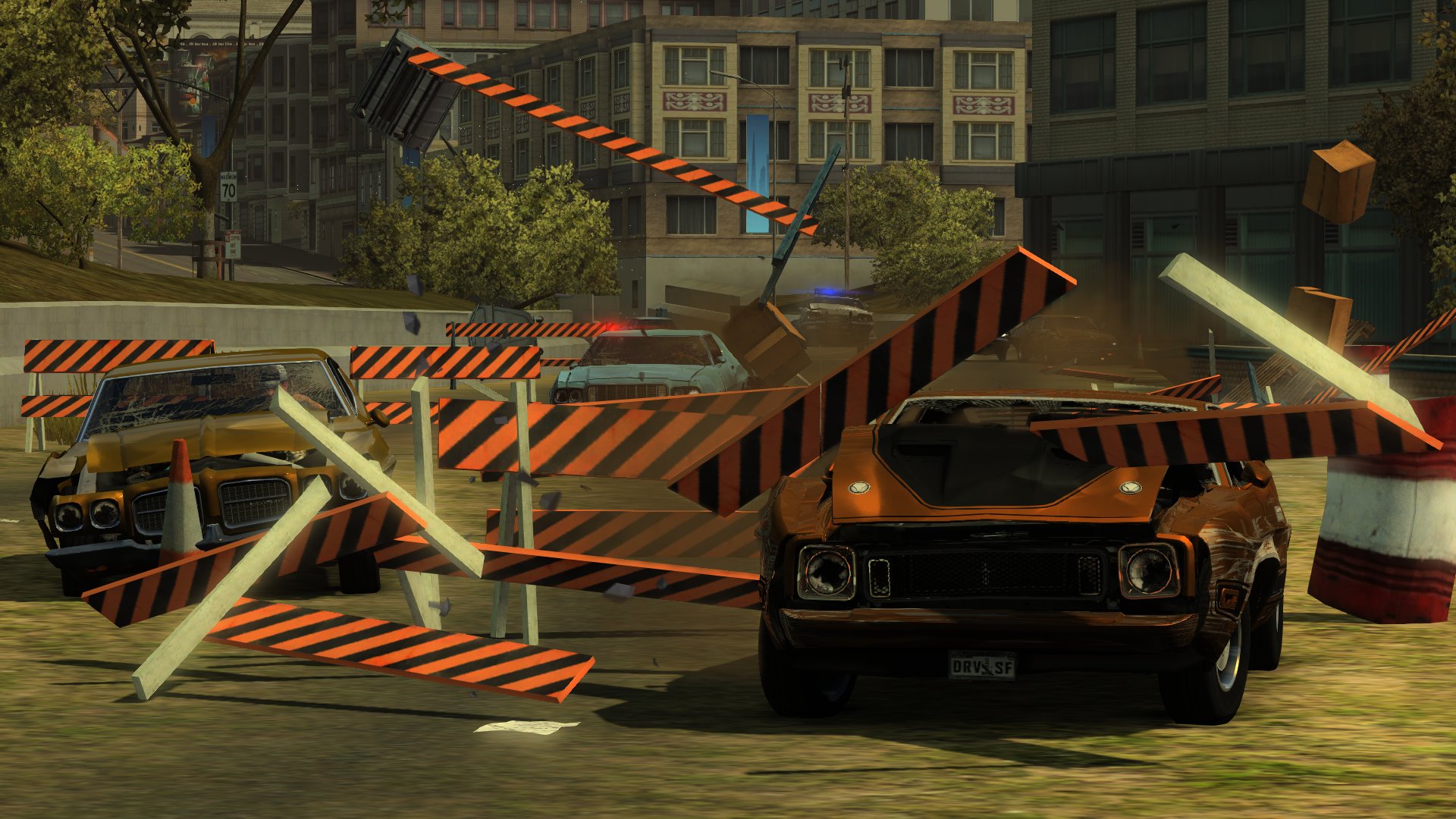 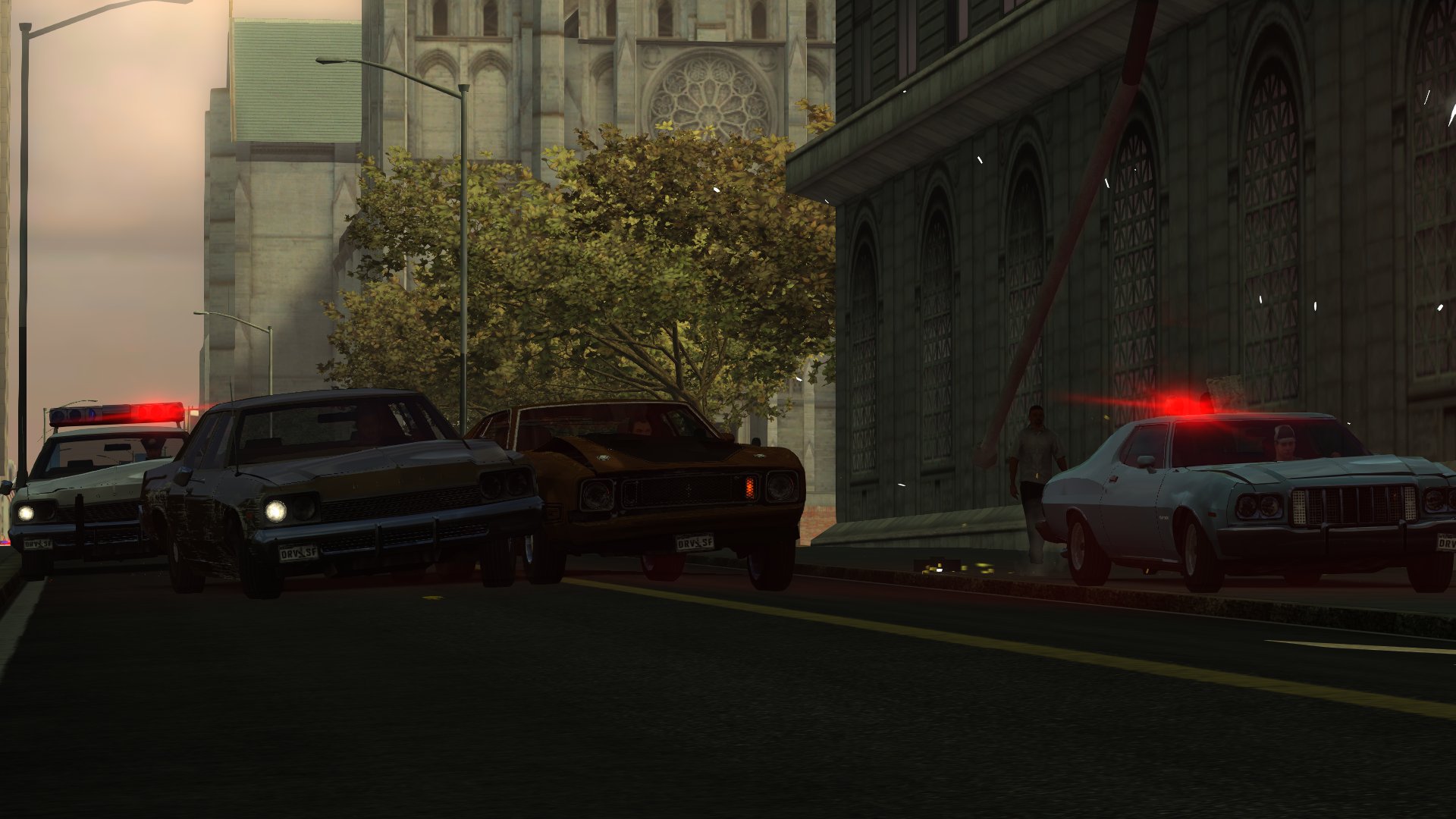 - rare lag spikes & crashes potentionally related to vehicle spooling but feedback required (note which chapter/mission and when the issues are occurring exactly!)

- Breaking News mission in Chapter 1 soft locks during loading after you complete all the objectives,
it will have saved progress but you have to shut the process down (alt + f4 or task manager) and return to the game

- implemented "fixes" for Breaking News missions in chapter 1 & 7, mod now attempts to skip through objectives and pass the mission at beginning or after first objective completed,
in chapter 1's mission this unfortunately soft locks - refer to KNOWN ISSUES!

- reworked suspicious vehicle tables for all police cars (with the exception of the monaco, as its list doesn't work), all services vehicles are now included, except for the Corvette cop car,
each squad car gets vehicles deemed fitting for their speed(s)

- removed getaway "desiredSpeed" values, with the exception of story missions

- getaways in movie challenges can now also be damaged by non players actors, so as to offset benefit they get from rubberbanding (hopefully rubberbanding can be removed later)

- made scoring decay flat across all chapters until further balancing

- enhanced felony settings for "Legal Troubles" to be more in line with the Driver's "President's Run", the cops will now be more merciless - they're out for blood!

- corrected felony radius for the second part of "The Escapist"

- readded "suspicious vehicle table" to the ASYM Desanne X/T Pursuit, you can now tag marked vehicles to give chase!

- added ASYM Desanne X/T Pursuit to most chapters, can show up in missions/challenges but not all necessarily

- all police vehicles except the Corvette/Dodge Monaco appear in traffic, latter are still either late chapters/mission specific respectively

- made score decay slower in the chapters following first one

- busted timer changed from 10 to 5 seconds

- driving skill in most scenarios set to "Professional"

- getaway damage multiplier set to 0.5 across the board

- increased spawn timer for chasers, lower at earlier chapters, higher the further in the game you get

- rubberbanding kept for the "President's Run" and "Mass Chase" challenge (you didn't think you'd get off that easy, did you?)

- integrated Klancnik's garage mod with his permission, huge thanks to him!
Vortex, NikkiChan92, The_Kilo_Gint liked this

If you get stuck or need any assistance please sen[…]

The magazine Prima release in 2006 number about Pa[…]

The level editor used by the devs is called Mr. Ro[…]

https://i.imgur.com/KmNLzOh.jpg I managed to ret[…]