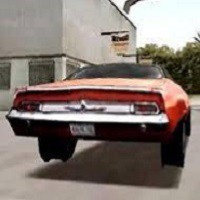 -  Thu Jan 19, 2017 10:28 pm #60617
As of yesterday Ubisoft announced that Reflections get a new managing director. Pauline Langourieux changes to another position within Ubisoft, while Richard Blenkinsop takes over the position of MD.


With over 17 years’ experience in the industry, Richard has worked as producer, senior producer and executive producer on a variety of titles at Codemasters and Activision; these include the likes of Blur, Rome: Total War and Call of Duty 3.

Also Ubisoft took over FreeStyleGames based in the UK, which was working for Activision Blizzard. It is going to be rebranded as "Ubisoft Leamington". The two studios are supposed to be working together closely in the future.

Re: Reflections get new Managing Director#60645

Re: Reflections get new Managing Director#60649

For me, it should be developped by multiple studios (like Watch Dogs) with Reflections as the lead.
Only way to be ambitious imo.
Edmondson returns as Creative Director would be the cherry on top
max.thunder liked this